With your help
we can fight T1D! 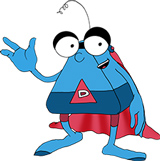 If you have a close relative with T1D, are you at risk yourself?

A clear priority of INNODIA is to keep the needs and concerns of patients with Type 1 Diabetes at the center of the project. The involvement of patients is organized by a Patient Advisory Committee.

The Patient Advisory Committee (PAC) gives a voice to the experiences, opinions and desires of the patients and their relatives to help ensure that INNODIA’s goals and strategy are closely aligned with the goals of people living with, and affected by Type 1 Diabetes (T1D). By bringing a powerful patient and family perspective to INNODIA, the PAC helps ensure INNODIA delivers a patient-centric approach and specific outcomes with the potential to improve the lives of people with T1D.

We (the PAC) advise the Management Board of INNODIA, providing input in a number of areas including informed consent, clinical protocols review and relationships with regulatory authorities and patient organizations who are interested in the INNODIA project.

We also help communicate results to a wider public throughout the duration of this 7 year project. Above all, the members of this committee act as T1D ambassadors within INNODIA helping retain focus on what matters most: people living with this disease every day of their lives.. The PAC works with the T1D community, taking their views into consideration for INNODIA.

The Members of the Patient Advisory Committee

Johan Keurentjes (1967) I was diagnosed with T1D at the age of 11. I live in Bussum, The Netherlands and I am married and the father of two sons and a daughter. I am a director and co-owner of an e-commerce agency and I have completed 9 marathons.

Kyle Jacques Rose I was diagnosed at the age of 16. I live in Aix-les-Bains, France in the foothills of the Alps. An engineer by training, I am now a specialised consultant in healthcare. My work involves the promotion of sport and healthy lifestyles leaning on my prior experience as a pro athlete. I am a big believer in new treatment/technology and was very excited to experience a closed-loop Artificial Pancreas trial in Montpellier France!

Anders Kristensen I was diagnosed with type 1 diabetes at the age of one. I live in Copenhagen, Denmark where I am studying and enjoy doing sports, both of which is often affected by my disease. I believe no one deserves to live with this disease, and find it important actively advocate for research into better treatments and ultimately a cure for type 1 diabetes. I have spoken about this at several occasions, among others at the JDRF Children's Congress in 2013, and finally I was the keynote speaker at the IMI Stakeholder Forum 2015.

Olivier Arnaud (1955) I am not personally diabetic but really concerned by young children and adults in my close family and friend circle having type 1 diabetes. I share with them their stressful life and the hope for having a cure. I am proud to work for JDRF Research that I am representing in Europe and help in their vision of having a “world without T1D”.

Jaivir Pall (1994) I was diagnosed at the age of 4. Since a young age I have had an interest in supporting people living with diabetes like me! I now work in the national health service in Brighton, UK but support services across the UK. I believe strongly in Europeun collaboration and sharing our learning leading me to work on a project called diabetes youth advocates europe and learning from young people with diabetes from across Europe. I have swim, run, dived, flown and driven in support of diabetes research (not all at the same time!!).

Markku Saraheimo I was diagnosed with T1D at the age of 7. I live in Helsinki in Finland. My wife has had her T1DM since the age of 14 and my first daughter got her diabetes at the age of 2. I´m working as a diabetologist/ researcher in Helsinki City Hospital /Helsinki University  Voluntary work in Finnish Diabetes Association has been part of my life over 30 years

Nathalie Istas (1977) I was diagnosed with T1D at the age of 2. I live in Belgium, near to Brussels. I am married and a proud mother of two children. For several years, I was Benelux trainer in an American corporation, but 8 years ago, I decided to be more present at home and left business to become a teacher. I am a very dynamic, enthusiast and strong person who loves new challenges, like being part of this project. I believe new ideas can emerge out of this European collaboration. The phrase “a world without T1D” sounds like music in my ears, but in the meantime it is my goal to live my life as normal as possible with this desease.

Dries Van Herzele (1976) I live in Linden, Belgium and I am married and the father of three sons and a daughter. Unfortunately, my daughter was diagnosed with T1D in 2013 on the age of 11 and as parents we follow her closely.

Veerle Vanhuyse In less than two weeks from now, I will be celebrating my 33th ‘Diaversary’. On my 16th birthday, I took my first insulin injection. With a glycemia of 640mg/dl, I can truly say, I had a ‘sweet 16’. Recently I started working as communication representative for INNODIA & GPPAD, which I’m very excited about, since I get to meet top level scientists all over Europe, gathering forces to fight T1D. I love my job, my two girls and my running. So far, I finished 6 marathons and with two of them I raised money for children with diabetes in developing countries. Proud to be part of the PAC!